Perceptions of Pregnancy and Placement: 9 Months of Pondering 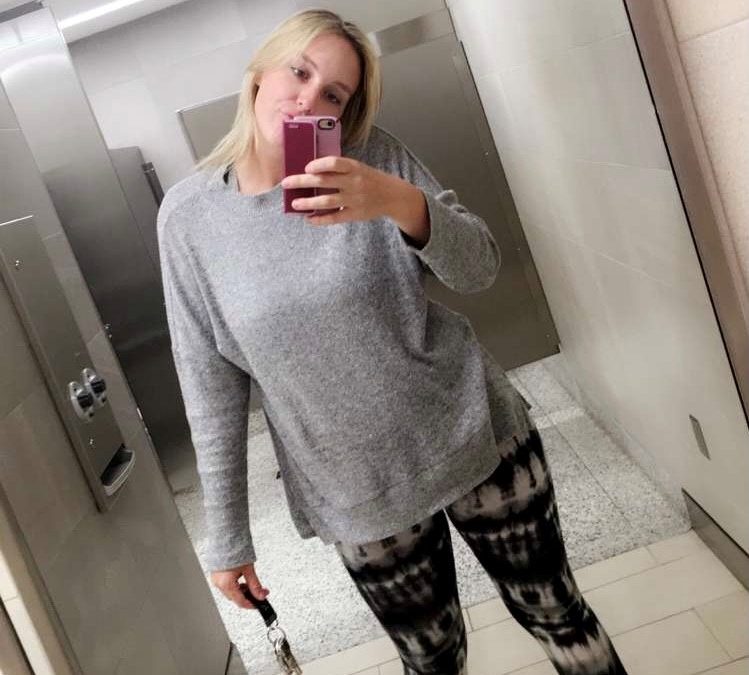 My pregnancy was not orthodox by any means. I never had a round belly like most pregnant women. Because of my stature, I never appeared pregnant visibly to most people. In many ways, this proved to be a blessing to me and my own mental sanity. Since I was so over consumed with other people’s perspectives of me being pregnant outside of wedlock, it benefitted me that I could hide my pregnancy in this way. I didn’t have to share my news with anyone that I didn’t want to, because they really wouldn’t have a clue. I understand that many of my readers may not be able to relate to this specific factor, but it played a huge roll into my independence with choosing placement, and it has truly impacted many relationships since I’ve had my daughter.

Placing my daughter for adoption has always seemed like it was the only option for me that I allowed myself to choose. I recall wishing that I could just run away and come back home once she was born, so that I wouldn’t have to explain that I had given my daughter away. In choosing adoption, I made a well thought out and very intentional decision to place based off of my own life experience, particularly with children. There was only one factor that I knew would influence or sway my choice to place, and that was the opinions of other people, whether they were my peers or my family members. I cared very deeply about what my family wanted, and I wanted other people in my life to approve of my decision making, but I had to think long and hard about how any choice I made would impact my daughter’s life.

Her father unfortunately was not ready for a baby when I found out I was pregnant, and he neglected to be apart of my life during my pregnancy. I never had to deal with his thoughts, or consider his opinions, because he told me he wanted me to have an abortion. When I told him my plan to place, he wouldn’t communicate with me at all, so I had to make a rational decision based off of what was provided to me through the little contact we did have. Aside from him, the only people who knew, were my immediate family members, who all knew that I needed to make the decision of placement for myself and for my daughter, so they set their ideals of a relationship with Bethany aside, so that me, her mother, could make a way for her to thrive. This was a very challenging process, as throughout my entire pregnancy, we all had to guard our excitement and eagerness for her to come, as when she did come, things wouldn’t be like a typical pregnancy. Instead of preparing for life abundantly, we were preparing for losing her.

Since I knew I would be giving her to another mother, I chose to remain very detached to my daughter while she was in my womb. I didn’t speak to her or rub my belly. I didn’t look at baby clothes or think about names. I centered my focus on school and work and just grinded out until it was time for her to come. I can honestly admit that I never looked back on my decision to place while I was pregnant. There were no photos taken of me during my pregnancy because I was too ashamed. I rarely left the house, and when I did, I was shocked to see that nobody noticed that I’d been gradually gaining weight. Although, there were a few instances where people did notice my pregnancy outside of my hand-selected group of individuals:

An older woman I worked with: She saw me standing outside, when the wind blew. She ran up to me and instantly grabbed my belly saying, “I thought you were sprouting a little one!” Over the last months of my pregnancy, she would consistently tried to convince me I’d be a wonderful mother, and that I didn’t have to do this.

While at work, one of my bosses, witnessed me get stuck out in the rain, only to walk in drenched, with my shirt exposing the very small bump that I did have. He later told my mom that he didn’t understand why I would want to place, but that he knew I was making a decision that I felt I needed to make. He said he felt very sorry for me.

The hardest opinions to hear although, were those of my friends and family who never realized or were never told that I was pregnant. Unfortunately, they couldn’t be sensitive to my situation because they just did not know about it.

A close friend from high school, we met for a late night milkshake at our favorite spot growing up- where she disclosed to me how so many girls we’d gone to school with were getting pregnant. She was quite critical of how they had pretty much thrown their lives away and should’ve been on birth control or “kept their legs closed”.

A good friend and her father, whom I had surely planned to tell, until we had dinner together one night. There was discussion of another girl in our friend group who had a child, but never seemed to be interested in caring for the baby. I recall her dad saying, “If you do the deed, you better own up to the responsibility or have an abortion so nobody else has to suffer”. I chose to keep my secret that night, because I just wasn’t sure what they would say to me.

Even stranger’s had opinions about my pregnancy, whether they knew I was placing or not.

Doctor’s appointments are plentiful when you’re pregnant. I would go sit in the waiting room, amongst many other pregnant women, all chatting about how far along they were. When the rotation came to me, and I was seven, eight, nine months pregnant with no baby bump, everyone would just look down at their feet, awkwardly trying to avoid the questions that I knew were bolting through their minds. Specifically in one instance, being told I needed to be more concerned about the weight and health of my child, all because I wasn’t showing like they were.

It hurt not to have a partner to turn to when I felt degraded or humiliated in front of other people. It was a struggle for me to go through all of this alone. And although these conversations were painful to sit through silently, and to not hold anger or resentment against my friends for saying such horrific things about other people, they weren’t all so horrible.

I recall hanging out with a friend who was also unaware of my pregnancy, literally a week before my due date. She was telling me a story of one of her doctors, how she had gotten pregnant with her boyfriend, and how they both decided to place their child for adoption. After placing, the couple ended up getting married and having a very fruitful marriage, with multiple children after the fact. This story gave me hope, hope for redemption of the relationship with my daughter’s father, as well as hope for a future after placing my own daughter for adoption.

I know all too well what the judgement of other people feels like and how just one comment can make you feel as if you made the wrong decision, or as if there’s a better option. If there was one thing I could take back from my pregnancy, the whole nine months, it would be to actively choose to enjoy my pregnancy and not care what people thought about me or would think about MY choice to place. Nobody else has to live our lives, so no person, aside from a committed partner, should have any say in what we think is the best choice to make for our children. I regret allowing other people’s opinions influence the way I felt about myself while I was pregnant, so much that it challenged my own decision to place, and to keep my daughter without having an abortion. Once that time had passed, the only time I really had alone with my daughter, I realized I would never get it back. Pregnancy is hard for many reasons, but I also believe that it can be a blessing, even when adoption is taking place. The pain of what we perceive does not have to consume us, and it surely does not have to influence our decisions or identify who we are. 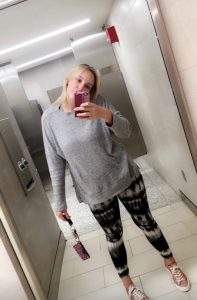 Roughly around 7 months into my pregnancy, this is the only photo I took of myself throughout the entire 9 months, and it was to ask my sister if she could tell I was pregnant.