Choosing an Adoptive Family: How I Gained Belonging and Acceptance Through Placing My Daughter for Adoption. 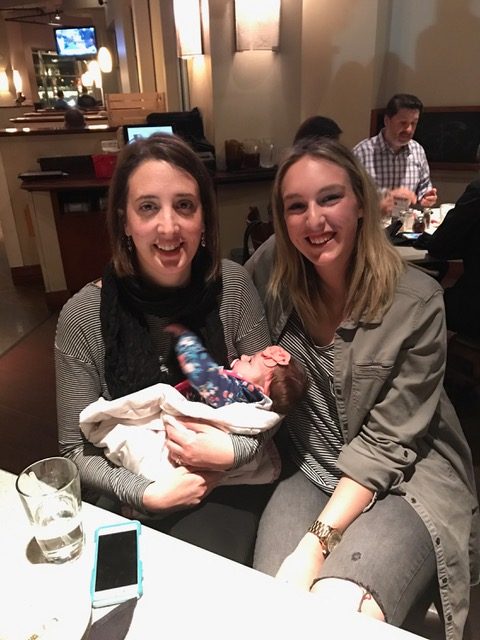 Getting pregnant for me, was the worst thing that I believed could happen. My older sister has three children, all of whom have different fathers, and two of which have been taken from her custody due to her decisions in life. I had watched these situations play out, I went to the family court hearings, and they were horrific to me. I was terrified that my daughter’s birth father’s family would do the same thing to me because my life was not in a good place, and I was viewing my life in a comparative lens to hers. Through my perceptions of how other people chose to walk into parenting, I had resolved within myself that I would never become a parent by choice around the age of fifteen when my first nephew was born. So, when I found out I was pregnant at twenty, and the circumstances were much like my older sister’s, I felt ashamed of myself, and felt that I was no different from her, and that I had brought another child into the dark pit of addiction that I had endured for so long.

Throughout my entire pregnancy, and even after, I compared my life with my daughter to the situations that I grew up around. I based my decision on what I knew in the moment: That my daughter could not grow up in the cycle of addiction that I grew up in, and that I have watched my niece and nephews go through. Truthfully, I was overwhelmed at the thought of becoming a parent, because I felt like I didn&#39;t have a clue of how to even be one. Aside from generally not being ready, I held so much resentment towards my own family for what I had walked through. When I began considering placing my daughter for adoption, I did so believing that I had to break the cycle for her. My focus was to ensure that my daughter would have hope and comfort knowing that she would never have to come second to alcohol or drugs when it came to being loved and seen by her new parents.

As I met with local agencies, they provided me with books of families looking to adopt, but how could I have known if any of these families were who they claimed to be? I simply didn’t trust what was put in front of me because I knew very well that people can hide so much about themselves to onlookers. I was suspicious of everyone, particularly the agencies that I had met with. Everything felt like it was a business transaction within the adoption community, and I surely did not want to place my daughter into something that felt so corporate and out of reach for myself to be involved in her life. Going into my sixth month of pregnancy, I had not resolved on a single family for my daughter’s placement, and I almost felt that my standards for my daughter were making her unplaceable, and even that my overall existence deterred families from wanting to adopt my child. So, my mother reached out to her best friend, our former pastor’s wife. She told her that my intentions were to have an open adoption, and that my daughter had to be placed in South Carolina, because I could not fathom her living in another state, particularly in her infancy. Within days, my mother’s friend reached back out to us, and she had met a family looking to adopt a daughter.

Before meeting with Adoption Options Agency, I got to meet the woman who would become my daughter’s mother due to this chance encounter. We were able to have lunch and just hang out together as if we were two friends meeting for the first time. Getting to meet my daughter’s adoptive mother in this way, I felt an immense amount of trust, and saw in her things that I saw in myself. She is taller than I am and even has a similar physical appearance to me! On numerous occasions, we would show up for our meetings and we would be wearing similar outfits. Everything about her felt relatable to me. For my daughter, I needed her to have a mother who could resemble who she would become one day! I knew that Bethany, our daughter, will need someone like this as she grows older and faces her own insecurities. My biggest qualms with myself growing up were in my stature and my size. I wanted my daughter to have a mother who understood this. Without even selecting her from a book provided by an adoption agency, I had found the perfect new mother for my daughter. I knew as soon as she walked into lunch on the first day we met, that she was a strong woman just from her stature. She and I continued to meet weekly for lunch, and she became someone I could just talk to, even more than that, she became a friend that I could confide in and look up to.

I had isolated myself during my pregnancy due to the shame I felt. Beccy, my daughter’s adoptive mother, became one of my only friends throughout those last few months of my seclusion throughout my pregnancy. She invited me into her family and into her home to share in the community of the family I wished I’d had as a child. When I met her husband and saw the way that he too included me and my nephew, and the rest of my family into his family, I felt overwhelmed with the idea that I wished that I had a dad like him. So, it was very easy for me to consider placing with this family. Being able to spend time with them and knowing that they only lived thirty minutes away from my home, I felt comfort.

Prior to adopting my daughter, the adoptive family I chose had adopted their son through Adoption Options, and they showed me different books and pictures of how they had integrated the other birth mom into their family. It felt surreal; I had no clue that people like them even existed. Regardless of the decisions the other birth mom or myself have made since I’ve known this family, they have always respected us as birth mothers, and even as an extension of their family. I came from a very broken place in my life, where I had recently become sober from all recreational drug use, and where I could finally go back to school and begin working a consistent job when I discovered I was pregnant. Part of my shame came from the fact that I thought I was making all the right decisions for myself but becoming pregnant made me feel as if I had truly hit rock bottom. Getting to be and choosing to be a part of the open adoption community showed me that even if I had reached my deepest, darkest point, there was still hope for my daughter’s life. What I did not fully understand at the time, was that there was still hope for me too. I had my mother’s support, and the support of the few individuals I chose to disclose my decisions with, but the community and belonging offered to me from my daughter’s adoptive parents showed me grace and compassion that I could not have understood without walking through this. Unconditionally, they have shown me a love that is truly out of this world. I took a large step of faith when placing Bethany for adoption, and that faith was grounded in the hope that I would be the woman I had always dreamt of becoming ever since I was a young girl. Growing in a relationship with the adoptive family, I have gained the opportunity to learn what a family unit can and should look like, I have formed a community of amazing, lifelong friends, and I have gotten the opportunity to watch my daughter grow into a healthy, happy, and beautiful young girl. 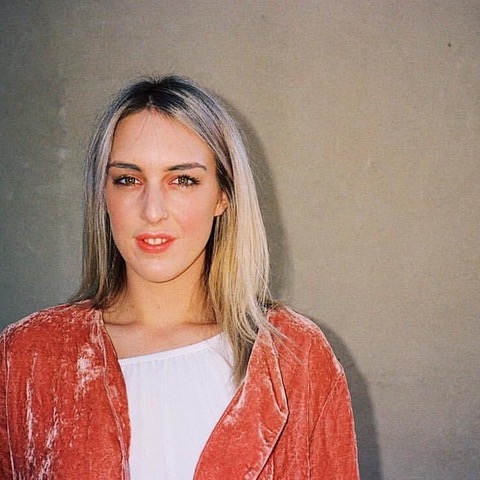