Choosing Adoption: Taking a Step Back to Consider What You Want.

The day that adoption came into my mind as an option for my daughter’s future, I recall googling, “Adoption agencies near me”. So many links to different agencies popped up, I was overwhelmed by the number of options available. A quick glance at several pages of search results showed me that there were many different types of adoption agencies. The words: “Open”, “Private”, “Confidential”, “Closed”, and “Un-planned Pregnancy” appeared in bold letters. Some agencies were large organizations that were run across the United States, and others were local agencies, advocating for pro-life and adoption within the introductory statements on their websites. I noticed that many of the local agencies identified as Christian adoption agencies. I felt comfortable with this since it resonated with my background, so I figured that these would be good places to begin my searching process. 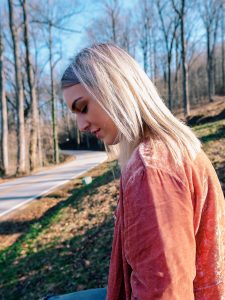 I found the closest Christian, adoption agency near my home that would set up a meeting with me as soon as possible. I called multiple agencies to arrange a meeting to discuss my options, but only heard back from two. Seeing as I felt I only had a few options, I  spoke on the phone with both agencies, and felt comfortable narrowing my decision to meeting with only one of them. I met with this agency, a more corporate, but locally based organization. They invited me to their office weekly, but each time we met, I was asked to re-share my story of why I wanted to place, and what happened that led me to the point of placement. They badgered me with questions about my daughter’s biological father that I didn’t know any of the answers to. I felt uncomfortable with this. It was already hard enough stepping foot into an adoption agency, but having to constantly tell my story of conception and rejection over and over; I felt I didn’t understand the purpose, and it was awfully painful.

I recall multiple conversations with the woman who would have been my case worker if I’d selected this agency. She was very adamant in ensuring the father was not involved. Although indeed, my daughter’s father did not want to be a part of her life when he discovered I was pregnant, he had never done anything to hurt or harm me that should have kept him from eventually meeting his daughter. She wanted me to make sure that all ties had been cut with him, that I did not allow him to aid my pregnancy in any way, she even recommended I block his phone number to ensure that we didn’t have contact regarding my decision. She told me, “It’s best he knows and has nothing to do with this”. Whether or not he wanted to be in our daughter’s life, the thought of keeping him from her completely seemed morally wrong, and it wasn’t what I wanted.

As the meetings continued, I made it clear to the agency that my decision was based around my ability to have an open adoption. I didn’t know much about this concept, but from what I’d read online, it seemed the only way I could mentally handle placing my daughter for adoption. This agency even advocated for open adoptions, but with further discussion on selecting a family, they began to make comments like, “It’s better if you place with a family outside of your residing state, the grief won’t be as tough that way”. Immediately, I was floored. I wasn’t willing to compromise on any of my wishes for placement. I knew that I couldn’t bare to place my daughter in another state where I couldn’t see her grow up. I started to realize that this agency was not going to be the best fit for me. I was around five or six months pregnant, and time was running out.

I was left irritated, and I felt betrayed by the way I had been treated by this agency. In no ways do I think they intentionally made me feel this way, but I knew I wasn’t comfortable meeting with them anymore. Simply, I expected to have a different sort of relationship with my daughter and her new parents that this agency was not projecting to me. Choosing to step away from that situation, I started to confront what I expected for my daughter’s placement

Over the next few weeks, I started talking to my mom about people in our community who may be looking to adopt. We sat down and discussed what I wanted out of the placement process, and how I saw myself in the midst of it all. I knew that I wanted my daughter to be very close to my home, to be a part of my personal community, and I wanted to be close with her.

We considered one of my bosses, who had always spoken of potentially adopting.

Mom and I  talked about different families in our church that we knew wanted to adopt.

At times, we  even contemplated different family members who would be willing to take my daughter.

As I played out each situation in my head, I still could not find resolve. Placing with a family member seemed too painful- having my daughter grow up as my cousin would have been too much to bear. And so, we made lists of people we thought might consider adopting, but as time went on, those lists got smaller and smaller; I almost felt that my daughter was not wanted by anyone, and that she was un-placeable. 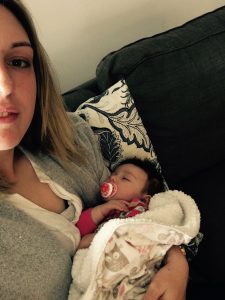 Eventually, I did come into contact with my daughter’s, now, adoptive mother. It was the perfect timing and we built relationship over the last few months of my pregnancy.  Through her, I met Carri Uram, founder of Special Link Adoptions. Carri’s office was right down the road from where I grew up, and when I met with her to talk about the overall adoption process, she simply listened to me. She never told me how something should or would be, but she honored my wishes and my ideals. Carri shared with me her own close connection to adoption and to birth mothers. What was so incredible about her, is that she always honored my story. Never once did I feel judged or pressured to provide an explanation, but I felt encourage to share when I was ready. Carri always sees the redemption in situations that seem hopeless and broken, and she has such energy to motivate everyone around her to see the hope that is there for us.

So often I hear birth mothers say that they didn’t realize how supportive the adoption community is. I witness women being taken advantage of for the life that they carry for nine months, but not respected for the being that they are themselves. My experience with Adoption Options has proven to me that this doesn’t have to be true. Carri and Emily are women who care deeply about every person they encounter, whether that person places their child for adoption or not. With gratitude, I can say that Carri really allowed me the freedom to make my own decisions, and to navigate through placement how I wanted to. Not only did she support me through my adoption and placement, but she has allowed me to contribute to her ministry and even become a cherished friend.